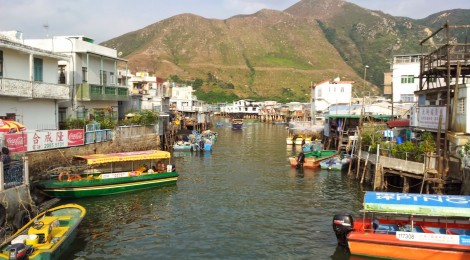 Finally, I was able to visit Shum Wat twice! It is one of the important stations for land-based survey, so I was hoping to go there for a long time. The station in Shum Wat was far away from the bus terminal and took us about 45 minutes of walk to the survey site. On our way to the hiking trail, I was able to enjoy the rural scenery of Tai O, especially for the stilt houses inside the village. Since I don’t usually come here, I felt like I was going for an outing more than work =) 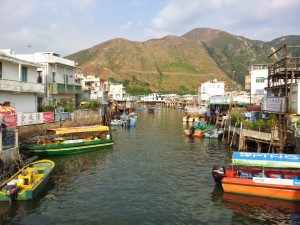 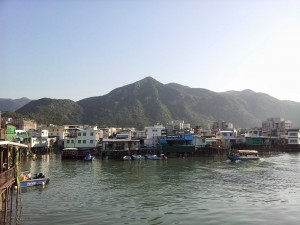 On my first time to Shum Wat, the wind was pretty strong and we got a record of Beaufort 4-5. Although it was quite difficult to do the scans, we were able to spot two dolphins appearing about 300 m away from the shore. They were swimming towards the Shum Wat Bay but we lost track of them shortly afterwards. I think it was one of the closest encounters I ever had when doing land-based surveys; I could even see their skin patterns clearly through the binoculars! As for the second time, the weather was very hazy and since the dolphins were spotted far away, we failed to track all of the groups. Nevertheless, I enjoyed my time there. Apart from the dolphins, I have noticed the construction area of the HKZM Bridge has been expanding ever since. The structure of the main bridge could be clearly identified now and there were moreconstruction boats stationing in the area. Knowing that the Chinese white dolphins also live in the waters near Shum Wat, I hope we can still see them around after the bridge was built. 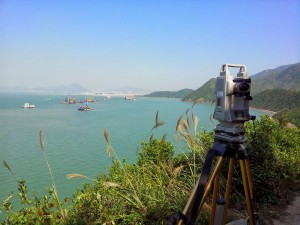 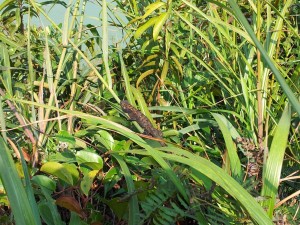 Our little friend basking in the sun