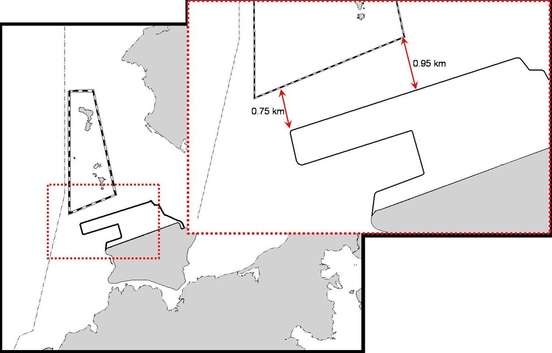 The proposed reclamation area for the third runway is situated less than 1km from  Sha Chau and Lung Kwu Chau Marine Park which was set up with the intent to provide a safe environment for Hong Kong’s dolphins. Asides from the runway being already dangerously close to the marine park, construction vessels and sand nets will be situated even closer. The affected waters will be larger than the proposed 650ha. which also means that there will be no buffer zone around the marine park, thus seriously decreasing the effectiveness of its original intent.

The compensatory marine parks proposed by the EIA report to be effected in 2023 when the third runway will be useless as there will be no more dolphins to protect. Areas of which the proposed marine park covers are not necessarily key ares of dolphin activity. If the government was really to be concerned with dolphin conservation they would not let the proposed are of the third runway be reclaimed.

The commencement of third runway reclamation (2016-2023) overlaps with the completion of HZMB works in 2016, and dolphins will have no time to recover their usage of the waters of the BMP during the seven years of obstruction as their passage to this marine park will be significantly narrowed

In light of the significant impacts of the HKBCF reclamation project on the dolphins’ usage of the nearby Brothers Islands, the EIA report has seriously underestimated the impacts of the 3RS reclamation (four times the size of HKBCF) on the nearby SCLKCMP, which is only 900 metres away from the 3RS footprint, and much closer to the temporary work area during the construction phase

The vessel traffic diversion from the Sky Pier to the north of Lung Kwu Chau can seriously affect the long-term functionality of the SCLKCMP as it will bring more HSF traffic closer to the northern boundary of the marine park, which has proven to be critical dolphin habitat in North Lantau waters in the past decade